, if we were contemporaries I'd be both envious of your writing and not so keen about Heathcliff’s story. I'd be like your critics who thought of you as a young first book author with little life experience (those child abuses committed by the hero?) Good thing we are not contemporaries and today you're my inspiration to honor the imaginary, including my own, no matter how scary crazy it is.

Dear visitor (who are reading my lines addressed to Emily Brontë), are you here to hear whether Wuthering Heights, the British version of The Count of Monte Cristo, is a book for you? If this is the case: JUMP TO SUMMARY

If you are here, however, because you’ve already read the book, and want to find out as bad as I do, why was Ernest Hemingway crazy about Wuthering Heights, the only one among his favorites written by a woman, HERE WE GO:

“I would rather read again for the first time Anna Karenina, Far Away and Long Ago, Buddenbrooks, Wuthering Heights, (...) and a few others than have an assured income of a million dollars a year.”

Gabriel Garcia Marquez declared that Ernest Hemingway had been the author who had the most to do with his craft “for his astounding knowledge of the aspect of craftsmanship in the science of writing.” If ANYONE, Hemingway knew the difference between a great book and a masterpiece. If anyone, Hemingway was sure that there is such a difference. Therefore it's somewhat of a shocker to me that Wuthering Heights was one of his favorite novels. I know. It sounds terrible, I sound terrible: Wuthering Heights is a wonderful novel. I just wish I’d have read it when I was in my teens, the way I read and reread (and reread) Jane Eyre back then. I was fond of the British Romantics or any Romantics for that matter, from Caspar David Friedrich's lonely figures in the wilderness to William Blake's spirituality embodied in lambs and tigers, the mysterious, foggy and wet moorlands, the giant gothic houses, the orphan heroines who must survive the cruelties of the people they are dependent on and must find happiness all by themselves. The Brontë sisters wrote about difficult love stories and I was, still am, into stories about destructive relationships – they just seem to correspond the most of those that I experience in real life. It's clear to me why the Brontë-stories are not just great but the best for young readers. Why would Hemingway, however, have been into romantic struggles of super young characters? Shall we picture him in front of Netflix binge watching Gossip Girl and Elite too?

WHAT DOES HIS LOVE FOR WUTHERING HEIGHTS TELL ABOUT ERNEST HEMINGWAY?

First I’ll focus on the facts. Some assumptions based on these facts will be drawn (in yellow), but Hem is not sitting next to me... and I’m quite sick of theories made about people dead or alive, so it's important to stress that they are just that: Assumptions.

Here is what we KNOW:

Fact #2
Grace was an opera singer and music teacher. She was an artist, who left the household chores to maids and the disciplining of the kids to her husband to use a significant part of her mommy-time for reading books to her children. The Hemingway family spent the summers in their cottage at Walloon Lake in Northern Michigan to where they brought books from the Oak Park Library: mainly British fiction. (see: Madelaine Hemingway - Ernest's sister - remembers bringing books up to Michigan in the summers in her biography Ernie)

“Of the prominent Americans, only Poe, Hawthorne, Twain, Howells, James and Harte were full represented in the public library (...)” but “Every standard British author was on the shelves in force.”

Hemingway’s father, Clarence, was a doctor who loved the outdoors. He taught Ernest how to camp, fish, hike and hunt. Wholeness for a child is the togetherness of the mother and the father, which, in Hem's case was ART (mother) and NATURE (father) coming together.

With some imagination (and imagination he wasn’t lacking) Hemingway’s hometown Oak Park compared to his "summer home" Walloon Lake quite like the wealthy Thrushcross Grange contrasted the wild Yorkshire moors for Emily Brontë's characters. I can see how Emily Brontë’s effort to find the right balance between wilderness and civilization might have been Hemingway’s own, how this very question might have fascinated him from an early age.

A Farewell to Arms, the novel that Hemingway called “my Romeo and Juliet” (at least according to legend), shows Hemingway’s admiration of the loving characters of Wuthering Heights’ who share identities: He borrows Catherine Earnshaw’s first name for his British heroine Catherine Barkley, who also happens to have beautiful hair. Hemingway’s Catherine calls her baby “Catherine” too (in utero). She dies in childbirth just like Catherine Earnshaw did, leaving her lover alone, the way Heathcliff was left alone, longing for his lost love.

“Even the curiously diffident, offstage and largely sensuous nature of sexual love in Hemingway’s fiction seems to match well with the preadolescent origins of passion in Wuthering Heights and its unconsummated if charged development in young adulthood,” writes literary critic Mark Spilka, who pulled the following telling quotes from Wuthering Heights and A Farewell to Arms respectively to show what he meant on merged identity of the characters of Brontë and Hemingway:

Catherine Earnshaw: “I’m Heathchliff.” (...) “He is more myself than I am. Whatever our souls are made of, his and mine are the same, and Linton’s is as different as a moonbeam from lightning, or frost from fire.”
Heathcliff: "Oh, Cathy! Oh, my life!"

Catherine Barkley: “There isn’t any me any more. I’m you.”
Lieutenant Henry: “We are the same one.”

In Hemingway’s other famous “war novel”, For Whom the Bell Tolls, the same i-am-thee-you-are-me concept is in play.

According to Spilka the merged identities of Catherine and Heathcliff of Wuthering Heights must have been a reminder of Hemingway’s own upbringing when his mother twinned him with his one year older sister, dressing them both girls / boys.

Hemingway’s unfinished story is based on the true story of his 16-year-old-self shooting a protected bird and running away to his uncle's farm hiding from the warden. The heroes of his story are a brother and a sister who leave behind cruelty, the way Brontë’s heroes did when finding peace only on the wild Yorkshire moors. Hemingway’s siblings are quite as fond of each other as Catherine and Heathcliff. They also “share identities” (see above

None of these sibling-passions are consummated in either of these stories, the question of incest is tamed, quite irrelevant and yet spices up everything. Nick and Littleless bring three books with them on their fly to the woods and one of those is Wuthering Heights that they end up reading together.

Fact #5
Hemingway’s childhood home was androgynous. His mother twinned him with his sister Marcelline:

“Mother often told me she had always wanted twins, and that though I was a little over a year older than Ernest, she was determined to have us be as much like twins as possible. When we were little, Ernest and I were dressed alike in various outfits, in Oak Park in gingham dresses, and in little fluffy lace-tucked dresses with picture hats, and in overalls in the summer, on Walloon Lake. (...) We wore our hair exactly alike in bangs, in a square-cut Dutch bob. (...) After kindergarten we played with small china tea sets just alike; we had dolls alike; and when Ernest was given a little air rifle, I had one too."
(Marcelline Hemingway, At the Hemingways, 1962)

Literary critic Mark Spilka suspected that Hemingway’s early, androgynous self-image supported by his mother must have been soon overturned by the harsh reality of the outside world. This might have been the reason for Hemingway clearly overdoing his brand as a macho Alpha male for the “social media feed” of his time. At the same time he remained as much into the androgynous makeup of men and women as into masculine heroism.

It’s interesting to think that the androgynous nature of Catherine Earnshaw, a wild tomcat with a coarse tongue of a man might have fascinated Hemingway as a teen. Later he created various heroes and heroines who resembled Catherine and Heathcliff in this regard from A Farewell to Arms to For Whom the Bell Tolls to The Sun Also Rises to The Last Good Country to the The Garden of Eden... Heroes, who are just as feminine as they are manly, and who cannot be whole without their other shelf – their male/female partner.

The harsh language of Wuthering Heights with all the “devils”, “damns”, “hells” and “sluts” was quite a shocker upon its publication in 1847, let alone the real shock when the sex of the Brontë-siblings was revealed.

”The novel's language might be that of a Yorkshire farmer or a boatman or of frequenters of bar-rooms and steamboat saloon.”

“Setting aside the profanity, which if a writer introduces it into a book, he offends against both politeness and good morals, there is such a general roughness and savageness in the soliloquies and dialogues here given as never should be found in a work of art.” (George Washington Peck, in The American Review, June, 1848)

The assumption here is that Hemingway, a great inventor of linguistic style, must have had delight in Emily Brontë’s brave, often “coarse” use of language.

“One of the early attention-insuring devices Ernest latched onto was the use of what Mother called ‘naughty words’. ‘Go wash your mouth out with soap’ was a common command in the Hemingway family, and the list of words our parents deemed improper was a long one. This punishment emphasized the power of words. Ernest knew the taste of soap from an early age. So did our sisters. So did I. Part of Ernest’s later reputation as a realist was gained through his adroit use of these same words, and he once wrote an article for Esquire entitled “Defense of Dirty Words.” (Leicester Hemingway, My Brother, Ernest Hemingway, 1961)

Hemingway was crazy about Emily Brontë for her brave use of language, powerful imagination, theme of longing for the wilderness, modern adaptation of a revenge tragedy and androgynous characters who share identities.

Man, Emily Brontë is my hero (also my heroine).

Take a ‘Byronic’ man (of color) of low birth madly in love with a woman, give him years of deprivation and exile, have him return as a wealthy man only to find his love marrying another. Let him go on a revenge spree, give him the kids of his enemies to exploit. Hope for forgiveness. 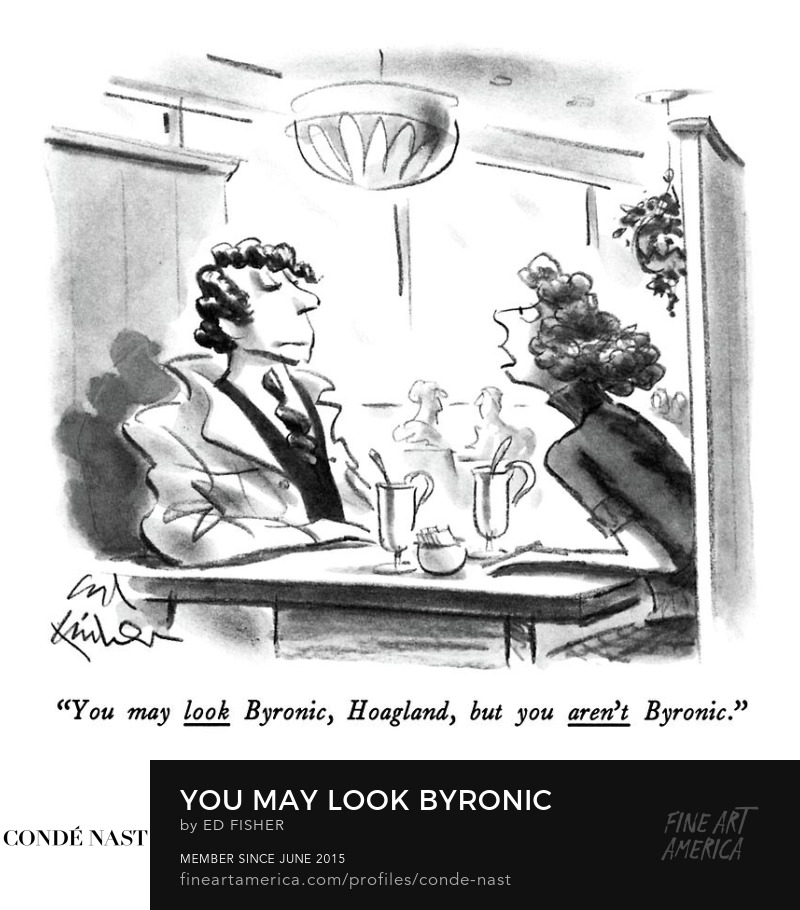 Comparing novels is idiotic (only ranking great books on the same 1-5 star rating scale is more idiotic): there is no order for great books. If you are short of time, however, and think that my opinion is one that might be helpful for you, I make suggestions in which order I suggest you read the books participating in the Hemingway-challenge and beyond.

P.S. I am NOT yet an Amazon Associate therefore I DON'T receive even a tiny commission if you make a purchase when clicking through any of my links. But if one day I'll change this message, I'll still make sure to add links for finding the book for FREE online: